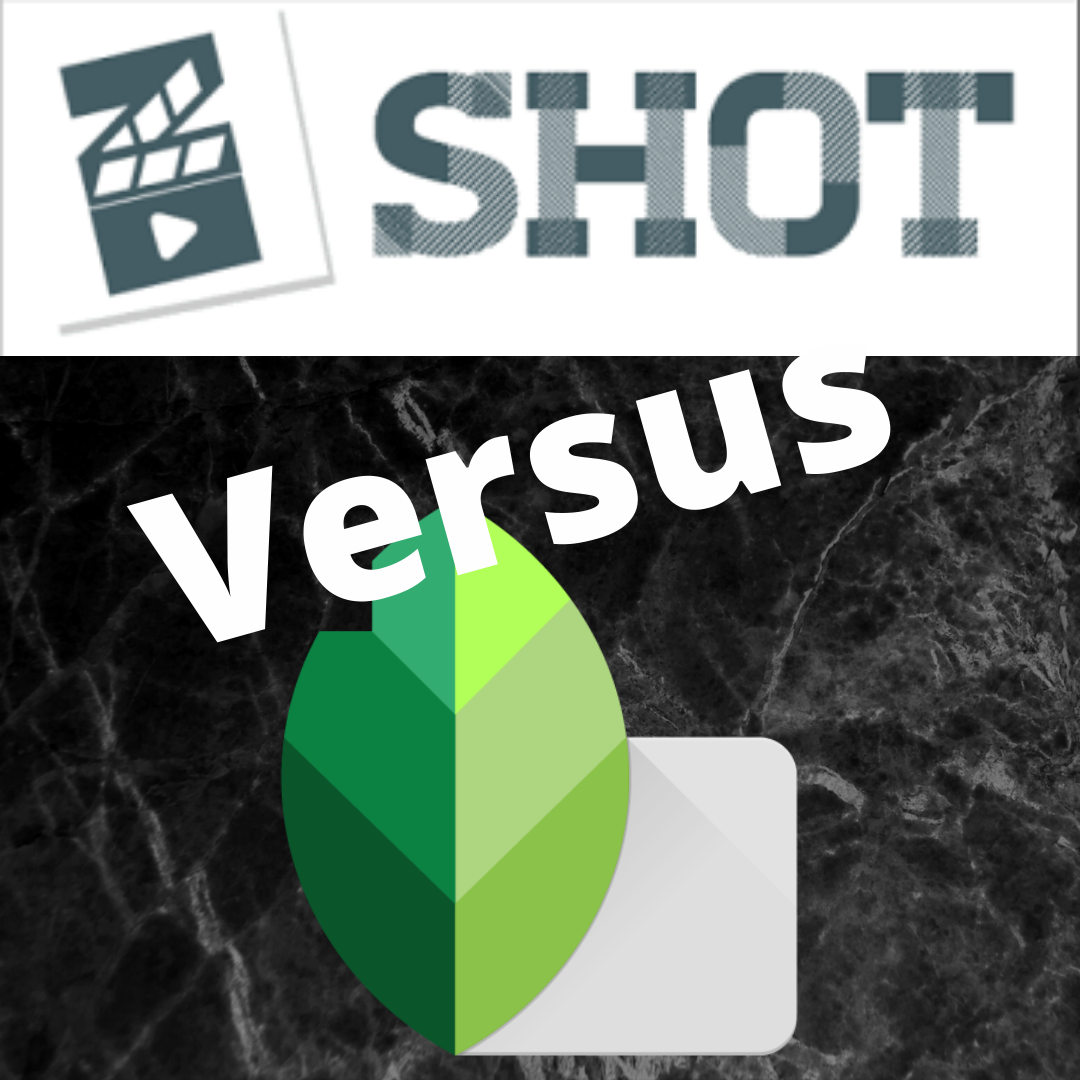 We'll Find Out If zShot's Better Than SnapSeed

Here are reasons why zShot’s better than most of the apps in the market today. We’ll start with comparing this app to SnapSeed. SnapSeed is one of the most popular apps out there. And then we’ll let you judge for yourself. So, is it time to move on to the newest app making waves in the photo and video editing niche in the market today.

This comparison was made to give you options. Both apps are pretty capable of performing what they were designed to do. In their own right, both are excellent products. The differences we’ve listed are for study purposes only and should be taken as an aid in helping you decide which app to download for personal use.

Here’s hoping something positive comes out of this article. Who knows, SnapSeed might realize zShot’s better at most things and strive to catch up. zShot on the other hand can also use SnapSeed as a benchmark for future targets in its development.

Both apps can benefit from this comparison.

SnapSeed is a photo editor owned by Google through their acquisition of Nik Software. This app is available for both iOS and Android with plans to make a desktop version for more convenience to the user. To date, that move to desktop is still over the horizon with SnapSeed’s drive to improve its features on mobile platforms.

SnapSeed has a host of photo editing features that any user can easily manipulate with a few finger swipes on their screen. This app can also save the users preferences for future use. This makes it convenient for creating a uniform quality in the pictures uploaded to social media.

SnapSeed has been around since 2011. It quickly earned the award for app of the year within that time period. After its acquisition, new features were developed to make it more user-friendly. That helped SnapSeed become one of the top 11 android apps in 2018.

zShot is a relatively new app in the market providing photo and video editing tools for its users. It also serves as a photo collage maker and a document scanner which you can hardly find offered in other apps. In effect, you have an app with multiple features that very few others have.

zShot has a robust system with a team of developers and engineers continuously tweaking it to address the demands of its growing population of users. The biggest share of the pie remains to be largely comprised of iOS users. Since adding its availability to Android users, that population is steadily frowing as well.

This is one of the most complete apps you can find in the market today with everything conveniently included in one app to produce high-quality videos, pictures, and slideshows. Having the ability to mix videos and pictures is also one of the more attractive features this app has.

zShot was initially developed for iOS devices but has since become available to Android users too. Further development could lead to more user platforms in the future.

This is one aspect where zShot’s better than SnapSeed. SnapSeed is simply a photo editor and nothing more. That quickly puts zShot in the lead position in this competition.

zShot’s better than most other video editors with its slew of features that allow users to cut, trim, merge, and flip videos. You can also add special effects to make your videos more interesting. Adding photos into your videos is one great way to make high-quality presentations.

Another fun thing you can do with this editor is reversing your videos. That’s a practical feature for those who want to make interesting videos tracking the events from the conclusion back to the starting point.

As a video editor, this is one of the most powerful apps you can download and use.

SnapSeed clearly has the advantage over zShot in this aspect. SnapSeed has been in the photo editing business for a long time. It’s so good that it has garnered awards and has a strong following. And that’s expected because SnapSeed is a dedicated photo editing tool.

zShot can only hope to get the same amount of loyalty from its users. Maybe that’ll happen down the road once it becomes a more established app in the market. For now, it can lay content as one of the many photo editors albeit with added features.

SnapSeed can resize, add filters, place special effects, and all that other fun stuff other photo editors can do. The user-interface is also very easy to use. It’s clutter-free and probably one of the cleanest in appearance with its minimalistic approach.

The only thing zShot’s better at is what you can do after editing the photos. That leads us to the next item on the list which is making photo collages.

Ok, we’ve already put up our hands to SnapSeed’s advantage as a photo editor. But what about being a collage maker? Maybe this is an oversight on SnapSeed’s development team or they simply did not consider current demands.

zShot’s better at making photo collage simply because SnapSeed does not have that feature. That’s a good thing because after you’ve made some initial edits to your photos, you can then frame them all in one canvas. Or, you can simply compile all those photos into the collage maker and edit it from there.

SnapSeed can do this but your photos will have to go through a third-party photo collage maker before loading it into the app for editing and posting reasons.

This is another area where zShot’s better than SnapSeed.

Not only is zShot a photo editor, collage maker, and video editor, it is also a slideshow maker. If that’s not enough, it is also a document scanner. So in conclusion, it is one of the most complete apps in the market today.

All you have to do with the zShot app is load the images you want in the sequence you outlined and publish. You could also edit the photos before putting them into the timeline to produce a better quality slideshow.

The only clear advantage SnapSeed may have in this area is the quality of the images used in the slideshow it creates. This can be done by individually editing the photos and taking full advantage of the tools provided to create high-quality images that can be strung together by using a third-party app.

This is where it goes downhill fast for SnapSeed. zShot’s better in this area because it also acts as a document scanner. SnapSeed doesn’t have that feature. It’s just a photo editor.

Although, you could, in effect, scan documents by taking pictures but then again those are still just images. Those aren’t technically documents. So, SnapSeed can also do document scanning but not in the purest sense of the word like what zShot’s better at doing.

Both SnapSeed and zShot benefit from having a robust infrastructure. This takes a lot of work and a strong team of engineers and developers is needed to keep tweaking and improving these two apps.

Arguably, SnapSeed might have an advantage over its relatively new competitor owing to its affiliation with Google. Surely this software behemoth has an unlimited number of people working to make this app better.

Both apps are available for iOS and Android. Another thing that makes these apps similar is that they were initially made for iOS and as demand grew, transitioned over to Android.

What zShot’s better at is how quickly it incorporated the Android market. It only took a short time for zShot to train its sights on capturing a wider market by making itself available to both iOS and Android. Hopefully this market grows even more if the developers get around to including desktop access.

After going through all of the features we’ve listed above, it’s fair to say that zShot’s better than SnapSeed overall. Although a relatively new player in the market, zShot’s better at adapting to the current needs of the users by continuing to incorporate innovations left and right.

And there’s no stopping the developers and engineers behind this app who continuously tweak the product to make it even better. There’s a lot of potential for this app to rise even further up the ranks as the top photo editor with its added features as a video editor, collage maker, and document scanner.

Here’s hoping zShot becomes available for desktop users so it can finally have a clear advantage over SnapSeed. To date, both apps are available for iOS and Android devices.

Is zShot Ever Going To Be Available For Desktop Users?

Probably. zShot’s better when compared against a lot of apps in the market today in terms of the massive amount of development it is going through in the background. With more demand, we could see a desktop version of this app in the future so keep those requests coming.

How Does zShot Hold Up Against Other Video Editors Like KineMaster And VivaVideo?

zShot’s better in some aspects to these video editors. Although these three mostly have similar features, zShot’s better at identifying what the current market needs and is continuously being updated to include those. KineMaster and VivaVideo are great apps in their own right and zShot’s aiming to take the top spot.

Is zShot Easy To Use For Beginners?

zSHot’s better to start out with if you’re new to photo and video editing. This app is easy to use and has an interface that you’ll definitely love. This app also has a very easy learning curve and you should be able to edit photos and videos within minutes from downloading it. The added document scanner and photo collage making features should give you a leg up over your “competitors”.

What is the Best Slideshow Maker App?

How to Make a Slideshow With Music

Does iPhone Have A Collage Maker?